My previous post focused on the specific issue of poor PS Query performance when ARITHABORT was set to OFF on the connection.

But the fix I suggested for that will also affect all other Peoplesoft connections. That means app servers, process schedulers, app engines, BI Publisher reports …pretty much every PS connection. But that really is what you want ….

But remember to test it first …. 🙂 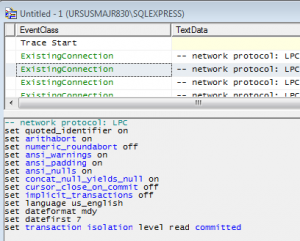 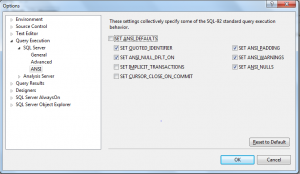 We had a Crystal Report for Billing that took over an hour to create 230 bills in PeopleSoft 9.1.

Before I continue, I should add that this was a bespoke report developed by off-shore resources. I should also add that I had been doing development QA for quite a while on this project when this issue came up. I was also responsible for application performance analysis and tuning.

I undertook a performance analysis of this report, fully expecting some badly written SQL to be the root cause as that was a common issue with our off-shore resources. However, what I found was even more incredible in my view. To explain: